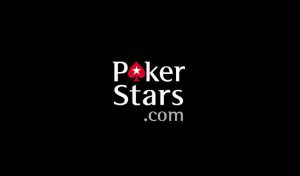 There was more success for the Netherlands in the ongoing Pokerstars Blowout Series, as Gwolde claimed victory in the $530 NLHE event. The event lasted for three days, but after four hours of play on the final day, the winner was finally crowned. There was no shortage of drama on the final day, as the […] 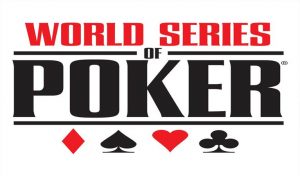 There was an exciting announcement made by the World Series of Poker over the weekend, as it was revealed that there will be a near month-long series of events. The first event of the Online Circuit Series will get underway on the 14th January, which is Thursday this week, and it will run until the […]

There was a hugely successful first outing of the New Year for Canadian player Darren Elias, as he was crowned winner of the GGPoker Super Millions event this week. It was the first Super Millions event of 2021, and that was greeted with one of the best poker displays that we have seen in some […]

The poker action at the beginning of 2021 has continued to follow on from the excellent showings that we saw at the end of the last calendar year. One of the biggest events of the year so far came in the World Series of Poker $10,000 Buy-in Main Event. It was one of huge significance, […]

Final Nominees To Enter The WSOP Hall Of Fame Revealed

There is no bigger honour in the world of poker than being named among the nominees to enter the WSOP Hall of Fame. It is the peak for players and other figures that are respected in the game, as it means that they are rewarded and their legacy sustained for generations to come. The nominees […]

There was a massive event in Rozvadov this past week, which took place at the well renowned King’s Casino. The WSOP Main Event involved a number of the most prestigious players in the world, but the final two players in contention for the biggest prize of the event were both from South America. However, it […]

It was an action-packed weekend of poker action, with one of the standout events that was taking place being the $50,000 Tune Up For $9,050. The event attracted some of the biggest names in online poker, before it was eventually won by Pereleman. He was named as the final man standing from a huge field […]

It was a memorable event for Timothy Adams this week, as he won his very first Super Million$ event on Tuesday evening. In truth, there aren’t many competitions that the Canadian hasn’t won during his illustrious career, but this was one of them. However, he ensured on Tuesday that his wait for a success in […]

Huge Win For Chris Moorman, As He Picked Up More Than $250K

There was a massive poker success story last week, as British star, Chris Moorman took his career earnings past the $16.7 million barrier. Moorman is considered by many as one of the leading players in the world, and he once again showed his quality at the table by winning a High Roller Million$ event at […]

Nominations To Enter The 2020 Poker Hall Of Fame Open

Like all aspects of life, the best honour that poker players can get in their career is by being inducted into the Poker Hall of Fame. The Hall of Fame has been the ultimate reward for players ever since it was introduced in 1979. It was the idea of former owner of the Horseshoe Casino, […]