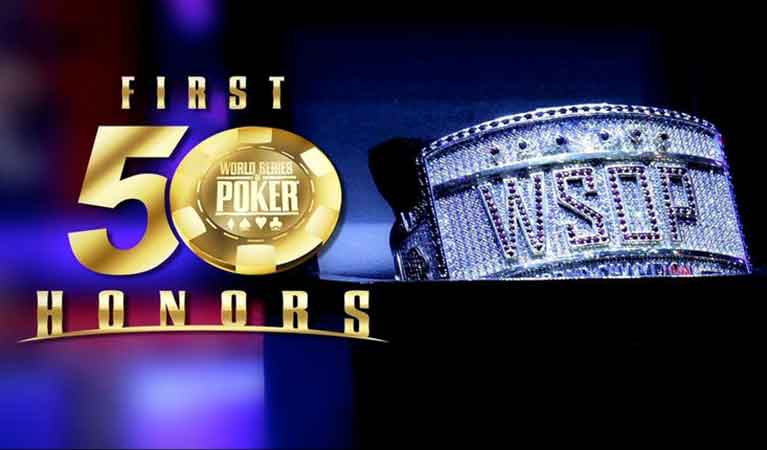 2019 has been a great year for poker players and enthusiasts so far even though we are now just approaching the end of the first half of the year. Still, there are many fun and exciting poker events to come and one of the most anticipated ones is the World Series of Poker (WSOP) golden anniversary event. The WSOP will be returning to the Rio All-Suite Hotel & Casino in Las Vegas beginning May 28 in an event that promises to be the most exciting of the poker operator’s events – this might be partly because it is set to have more than in a whopping $200 million in guarantees that will be awarded across two whole months of super exciting poker action.

For the last five decades, the World Series of Poker (WSOP) has managed to become a dominant force in the world of online poker – it is not only the preeminent tournament poker series in the world but also boasts of a having a lengthy and storied history.

With 2019 marking the poker tournament series’ 50th-year-anniversary celebrations, the World Series of Poker plans to look back at some of the greatest moments in its 50-year history. It will also be commemorating the event with a special evening of honors that is being referred to as the “First Fifty” – this will be a dinner and a VIP poker tournament.

The “First 50 Honors”, the special event that the WSOP will be hosting will be held on June 29 with the attendees being a host of the greatest WSOP players. These 50 players will have their most legendary highlights acknowledged with awards – their contributions will range from innovations, to their game play among many other things that may have influenced the tournament at any point of its 50-year run.

“From its founding by the Binion family in 1970, no one could have foreseen what the modern-day World Series of Poker has become. It’s only fitting we take an evening out from poker playing to celebrate the great game of poker and all the characters who have made a mark on the WSOP over the past five decades,” said WSOP Executive Director Ty Stewart.

The awards that are to be awarded have been divided into seven different categories namely:

Fans of WSOP and poker enthusiasts will have the chance to participate in the process by voting on the WSOP website as from June 15.