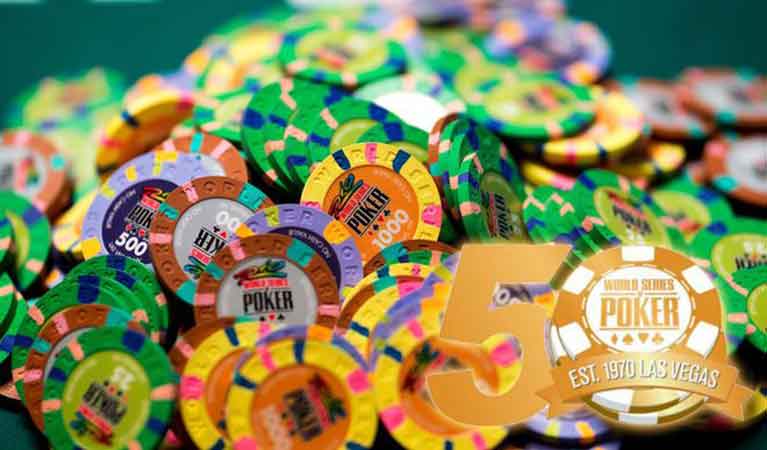 Late last year poker players received an early Christmas present from the World Series of Pokers with the announcement of some of the key dates for the 50 the Annual WSOP event. This summer festival would take place at the Rio All-Suites Hotel and Casino from May 28 to July 16 and will be a milestone event for the WSOP which is now the longest-running tournament series. As expected, there were a number of special events that would be commemorating the occasion.

The first celebratory event that players can look forward to is the ‘Big 50’ which will be offering the players a $500 rake-free shot at a bracelet – while the initial buy-in will be free, the subsequent reentries including entries into future flights will be subject to rake. It will also be coming with a $5,000,000 guarantee and will go down on the opening weekend. The winner of this particular event will get to pocket over a $1,000,000, something that will, to very high degrees of certainty, make the Big 50 one of the series’ biggest tournaments ever. The Big 50, will kick off on May 30 and will include four starting flights.

The 2019 WSOP Main Event will kick off on July 3 and will play out to completion on July 16 with wall-to-wall broadcast coverage on both PokerGO and ESPN.

Just four weeks after the release of the details of the dates and events for the 2019 World Series of Pokers, the organizers of the World Series of Poker announced the addition of thirteen events onto the roster. These include signature branded events like the Marathon, Colossus, the Closer and Little One for One Drop.

The Colossus will be celebrating its fifth anniversary at the event and it is anticipated that this year’s version of the event will be the biggest yet. Part of why there is a lot of optimism surrounding this event is the fact that the buy-in has been lowered by $100 to $400, which makes it the lowest buy-in for any bracelet event in the summer lineup – this is definitely going to catch the attention of lots of poker players.

Also included on the World Series of Poker timetable is a new event that is being called the $1,000 Mini Main Event which will be starting on July 1 and running for the two days. This event is a warm of sorts for the $10,000 Main Event since it will start two days before the showcase and will mimic the structure of the Main Event. The only difference will be that the levels will be just 30 minutes longs instead of the two hours that we are used to for the Main Event.

Sweden Kicks Off 2019 With Launch of Multiple Poker Rooms