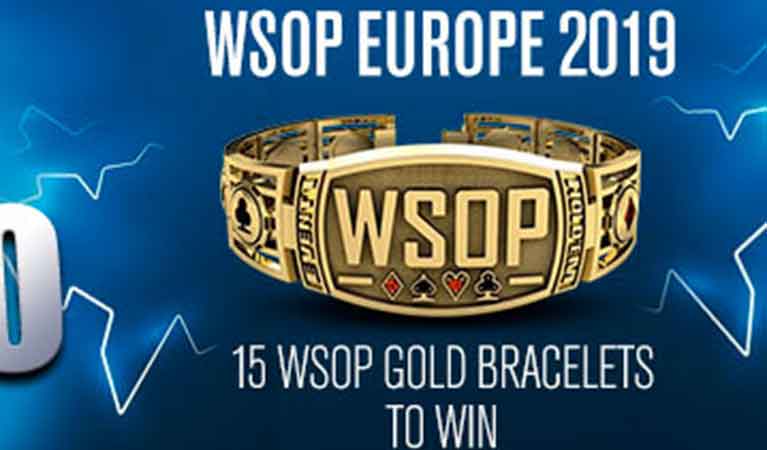 With just a little over a month till the highly-anticipated 2019 World Series of Poker Europe event series, it is great to see that the WSOP is still committed to making it an amazing experience of all poker fans. The festival is so close but more events are being added to the schedule which adds on the anticipation that we all have for the event.

Following the massive success of the 50th Annual World Series of Poker in Las Vegas, there are of course some very high expectations for the 2019 WSOPE – most people are hoping that it will either live up to the success of the annual poker series or even surpass it. Well, this might actually be possible thanks to the addition of a fie new events to the lineup bringing the total number to 15.

“We heard the feedback and are happy to add some mixed games and some bigger buy-in tournaments in order to encourage more players to make the trip. After hosting some big events here at King’s recently, players insisted to me they would come back to WSOP Europe if we added a few additional tournaments. So, we have now done so and we look forward to welcoming them with this revised WSOP Europe schedule in October,” Leon Tsoukernik, the owner of King’s Resort, said about the changes that were made to the WSOPE schedule.

The full schedule can be viewed on the WSOP website but here is a summary of the five new tournaments that were added:

In addition to making the event much more exciting, the new additions are a great opportunity for poker players to lock down some WSOP Player of the Year honors.

While prize pool guarantees are usually not as much of a big deal as the Player of the Year points when it comes to WSOP tournaments, the WSOPE is quite different, to say the least. This is because it features over a whopping €22 million in guarantees which is definitely too hard to ignore.

The addition of the “SHORT DECK” games is quite a big deal especially considering that it is fairly new vertical that has been around for less than a year. Even so, the popularity of the games is a clear indication that WSOP is doing the right thing by adding it into their schedules. Something good is expected to come out of it.