Grappling with legal online poker is something that concerns you as a gamer. Because having to do with those minor potholes may, in fact, affect your game. A basic familiarity with the current state of affairs is desirable. You can learn all about the nifty little workarounds where a particularly tedious piece of legislation is concerned. Get the scoop of how lawmakers have been dealing with the poker industry across the US, Canada, the UK and Australia. We’ll help you learn how to comply with local legislation and stay on top of your game, regardless of your country of residence. 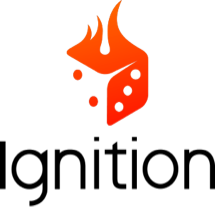 A Wind of Change for Legal Online Poker

Overall, the mores of yore are dying out. There has been a significant legal let-up about the game, championed both by local demand and the flagship companies on the market. Things are definitely changing for the better, but there is much to be done before all the confusion can be cleared up. With places such as the United Kingdom, legal online poker is a rather straightforward affair.

The US, on the other hand, is caught in the great churn of events which has recently seen the 1992 PASPA defeated in the U.S. Supreme Court. A watershed victory that cost over $8 billion to the State of New Jersey. Elsewhere in the world, matters are somewhat patchy, with offshore operators filling up much of the vacuum left at home.

What are the Upsides of Having Legal Online Poker?

Going legal will be a major breakthrough for the industry in places where it hasn’t set up official branches, but it will also favor you, the player. Currently, people who want to participate in online poker tournaments from the US, for example, have to travel to another country. It also takes a toll on players’ practice sessions and makes depositing funds in operators that take US gamers a rather grueling undertaking.

While a non-taxable income, poker proceedings may still have to be declared at local tax authorities and having the industry in a state of limbo is often a headache. Not to mention that dressing poker in well-thought-out legal terms will be ultimately helpful for people who may have fallen victim to ruinous gambling habits.

Lastly, regulating the industry may bolster the coffers of a country that has strong grassroots poker player base who finds alternatives to play. Let’s go straight to the lowdown and break down legislation by country.

Signing up for a website that offers you legal online poker isn’t complicated in the slightest. In fact, most of the world’s best companies are located in the country. True, with a looming Brexit, most of them are now scrambling to secure licensing from various whitelisted jurisdiction, but this only goes to show the level of commitment the country’s top companies exercise.

A minor preoccupation may be the now-gaining-popularity campaign that seeks to abolish most of the ads that promote gambling as a ‘fun affair’ that promises ‘winnings’. However, this seems unlikely to impact poker as it’s largely a game of skill.

How Do Operators Get Cleared?

For a company to roll out its legal online poker portal, they will need to get the go-ahead from the United Kingdom Gambling Commission (UKGC), which is the country’s ultimate authority on gambling matters. The industry is to a great extent self-regulated, but the UKGC watches over the proper enactment of all rules. Other reputable watchdogs are eCORGA and ESSA.

Born in the USA

A place where legal online poker is a pesky topic. As pointed before, the repeal of PASPA has got the hopes of industry observers and players up. However, the fact of the matter is that PASPA’s repeal signals immediate changes in regulations for sports betting, and nothing else really.

If you are a US poker player, you will find it frustrating to carry out actual deposits and withdraw earnings from offshore companies. Not to mention that you will be open to all sorts of mistreatment, especially when there isn’t a higher authority to regulate those outliers.

Thankfully, there are more practical solutions. Back home, New Jersey, Delaware and Nevada are the three states to have vibrant poker networks, with significant backing from the World Series of Poker and a reputable British company. And as of November 2017, Pennsylvania joined the fray also.

Since May 2018, the initial 3 states have pooled their online poker players, allowing everyone to vie for a rather more substantial monetary incentive. It’s pretty like that it’s only a matter of time before Pennsylvania join that arena also.

Australia’s gambling laws are rather stern. They buffet the industry all across the spectrum taking a sizeable bite at related gaming activities. Legal online poker doesn’t exist as such because operators are not allowed to operate within the territory of the country. Similarly, they are not allowed to extend offers to Aussies, but nevertheless, there is a handful that actually do.

Conversely, it isn’t illegal for you as a gamer to seek an online operator and play there. And given the number of actively gambling Australian adults, legal repercussion is not uppermost in the minds of the adult population. The drawback of shunning to talk about this openly is that the level of gambling addicts has shot up in the country. A worrying trend that needs addressing.

Canada cuts both ways. Online poker is in fact legal. There are state-owned operators who are in a neck-and-neck legal competition with the established private companies. You have certainly heard about the likes of PokerStars. Land-based tournaments are the norm in the country and US players often come to attend events in person or just play online from there. In a word, yes, you can very much play legal online poker in Canada, and there are no two ways about it.

Not as Thorny after All

Legislation causes an occasional headache to poker players from all over the world. But even in the areas where regulators have been hawkish towards the industry, prospects now look upbeat. With the legal let-up and the coming-together of key jurisdictions, it’s likely to see legal online poker becoming the norm before very long. Still, challenges abound.