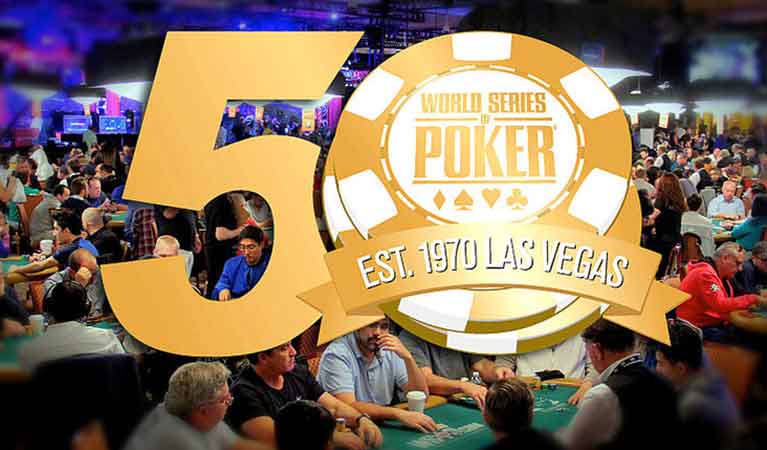 Every year, poker players from all over the world eagerly wait for the announcement of the schedule of one of the most prestigious tournament series on the planet. Well, if you are one of these poker players then Christmas just came early for you thanks to Caesars Interactive Entertainment which has just given a sneak peek of the 2019 World Series of Poker schedule, the tournament that is expected to produce prize pools of up to $200 million. This 50th-anniversary tournament will kick off on Tuesday, May 28 after which it will run till July 16, 2019, bringing the total duration to a whopping seven weeks. The host will be the Rio All-Suite Hotel & Casino in Las Vegas which has been the case for the past 14 years.

Even though players are assured of having dozens of fun-filled and exciting poker events on the slate, the schedule is still being fine-tuned – already, about seven noteworthy events have been detailed in the initial announcement and players can start planning – or dreaming – about them.

What You Need to Keep on Your Radar

Among the events whose details have been finalized are some fan favorites such as the $1,5000 Millionaire Maker which guarantees the winner a $1 million prize – this will kick off on June 7 with a second starting flight scheduled for the following day. The event will allow only one reentry for each flight with players starting with 25,000 chips which will allow them to play to blind levels of 60 minutes.

Another familiar event will be the 50-plus Seniors No-Limit Hold’em which will start on June 13 with only one re-entry allowed. The seniors will get 20,000 chips for the $1,000 buy-in and play 60-minute levels. A few honorable mentions included the Double Stack No-Limit Hold’em which will have starting flights in June 14 and June 15 with one re-entry, the $888 buy-in Crazy Eights event with flights from June 29 to June 30 and unlimited reentries as well as a $888,888 guaranteed prize for the winner and the Monster Stack which will have opening flights on June 21 and June 22.

The WSOP Main Event World Championship which is by far the most anticipated event of the entire poker calendar will kick off on July 3 with the first of three flights which will come with a $10,000 price tag, two-hour blind levels, and no re-entry. In 2019, the players will be starting with 60,000 chips up from the starting stack of 50,000 chips in 2018.

New and Special Events to Be Added

Highlights of Day 4 of the EPT Prague Main Event