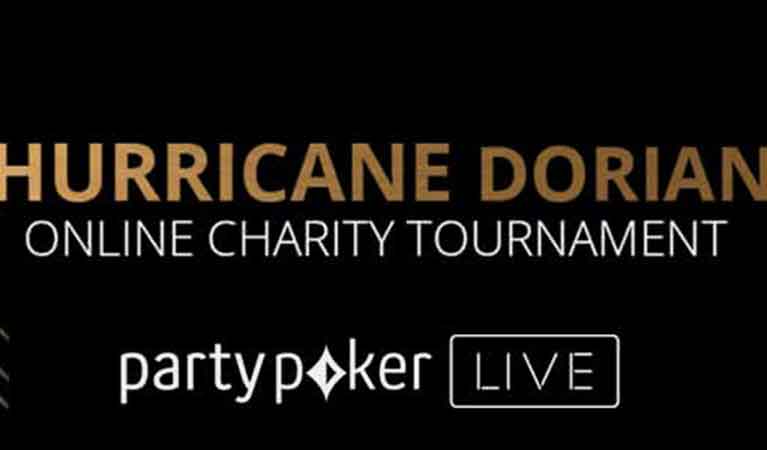 Poker tournaments are among the most luxurious events on the planet and this is particularly because they often involve huge sums of money. Poker enthusiasts and players always have a lot to look forward to when it comes to these tournaments but they are far from the only ones that benefit. From time to time, major charitable poker tournaments and these give people the opportunity to enjoy the game of poker while contributing to making a difference in other people’s lives. That is exactly what partypoker LIVE’s Caribbean Poker Party will be offering players.

Scheduled to go down between November 15 and November 24, the poker tournament is headed to the Baha Mar for the second year in a row. This time, the tournament will be a charity event to help the victims of Hurricane Dorian which has a had some devastating effects on the Grand Bahama and The Abacos Islands. Both islands are located on the of Nassau where the Baha Mar Resort is located.

Hurricane Dorian which is the first major hurricane of the 2019 Atlantic hurricane season hit the Bahamas on September 1. This was the most powerful to ever hit the Bahamas and over the next seven days, it resulted in a lot of death and destruction. While a number of relief efforts have been deployed, the country is still in need of as much support as possible when it comes to helping the survivors and getting back on its feet.

partypoker and Baha Mar Step In

Both partypoker LIVE and the Baha Mar Casino have made a contribution to kick things off – they are offering a combined $78,0000 for a total of eight packages which will be on offer during the $100-entry tournament that will take place on Sunday 13th October.

All the money that will be raised from the buy-in and re-buys during the tournament will be donated to the Hurricane Dorian relief effort. The eight packages being offered will give players a chance of winning valuable prizes while at the same time donating to a worthwhile cause. Here is a brief breakdown of the event’s prize packages:

For people who may not be able to take part in the tournament, partypoker is also accepting donations which they will directly forward to relied agencies. You can make donations in values of $10, $25, $50, or $100 directly from your player account through the “Charity Donation Holding Tanks” in the Party Poker Live lobby of the poker client.

Run It Up Reno IX Returns to the Peppermill Next Month