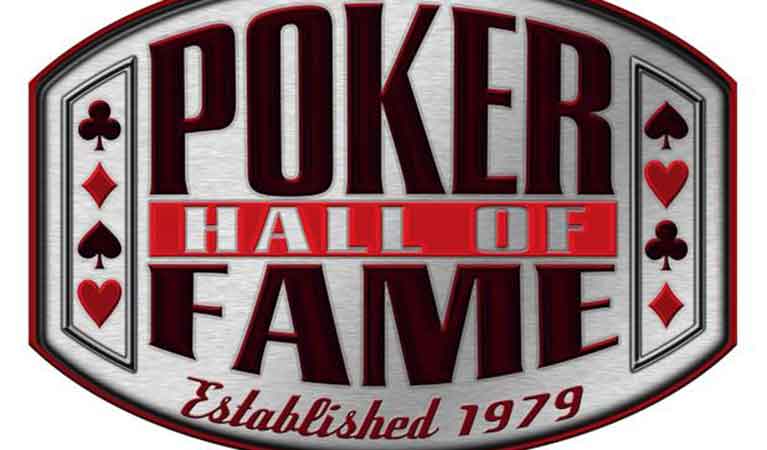 On Sunday, June 23, the World Series of Poker (WSOP) announced the ten finalists for the 2019 Poker Hall of Fame class and over half of these nominees will be inducted to the ranks of the Hall of Fame this year. As always, the 10 nominees were listed through both a public nomination and subsequent vetting by the Governing Council of the Poker Hall of Fame.

This nominee list was based on the World Series of Poker’s criteria for induction which stipulates that an eligible player:

Out of the 10 nominees, only Antonio Esfandiari is making his debut to the list of nominees – the remaining nine have all been previously nominated. Esfandiari has been working very hard and it was just a matter of time before his efforts caught the attention of everyone. He is not only a three-time bracelet winner but also boasts of being the World Series of Poker’s all-time money leader with a whopping $21,835,100 in earnings at the poker series.

When the time comes, a panel consisting of 30 Hall of Fame members as well as 21 poker industry media members will vote in the players that are going to be inducted. The final ballots are due by July 8 after which the 2019 Class of the WSOP Poker Hall of Fame will be announced. This announced has been scheduled for July 15 and will be part of the broadcast of the World Series of Poker main event final table on ESPN.

Established way back in 1979, the Poker Hall of Fame was acquired alongside the World Series of Poker (WSOP) by Caesars Entertainment and since then it has continued to amass memberships by inducting some of the most influential poker players as well as a number of important contributors to the game of poker. As such, even being just a nominee with a chance of joining its ranks is quite a big deal.

PokerStars Poker Room May Finally Be Headed to Pennsylvania

888Poker Live Headed to Sochi for the Very First Time