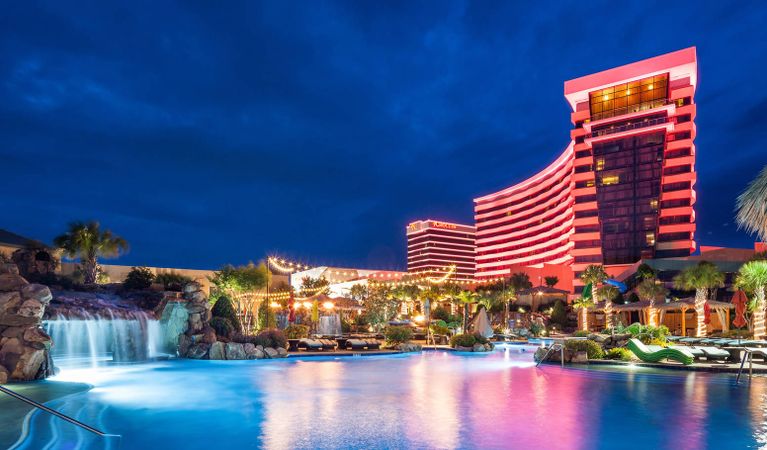 One of Oklahoma’s most well-known casino’s Choctaw will become possibly the most frequented of all of the casinos thanks to a poker tour that will be gracing its poker room any day now. The Choctaw Casino Resort will host the Card Player Poker Tour this year, the tour starts on the 5th of April and the players are expected to surpass last years by far. Why, you may be wondering, there is a guaranteed $1 million cash prize to be won by a player within the main game during the tour. And as you can imagine there are many, many people out there who can do with an extra $1 million right now.

A Brief Intro into the Tour

There are 47 different activities that will be held during the Card Play Poker Tour, the initial game to kick-start the proceedings is a No Limit Hold’em or NHLE which comes with a guaranteed $50 000 minimum winnings for the lucky man or woman who wins at the table. However, the event that everyone is really waiting for is a $1,100 NHLE game that only begins on the 20th of April and will only finish around the 22nd of April. Any interested players can enter into the event through either directly buying into the stakes or by making use of any of the reduced rate options which can come as low as $65. $65 really isn’t too bad when it comes to the chance to play for a minimum of $1 000 000.

In order to ensure that the tour peaks everybody’s interest the organizers have made sure that it is not only the classics played but rather as many card game varieties as possible so as to ensure consumer interest. This has been based on a wide variety of research into the player’s interests and into what people want to see. A couple examples of what will be held at the event include everybody’s favorites such as NHLE and Omaha, however, there are others as well just to make sure that everybody is satisfied; a good example of this is Horse and 2-7 Triple Draw. But the event will also show some less well-known but still loved card game varieties for our many parents who have at this stage of their lives retired, one such example is Hold-em Seniors Tournament as well as Congress and bounty tournaments to add to the mix. The final game mentioned in this list probably helps to indicate just how unique and exciting this tour is, drawing people of all demographics to Choctaw in April to engage in a wide variety of pursuits.

The very first Card Player Poker tour was also held in Choctaw in 2012, the players who won did not cash in a $1 million cash prize though unfortunately, however, we are undoubtedly certain that the high cash prize will draw not only veteran players but many new faces eager to try their hand for the million dollar prize money. The only thing left to ask is will you be running down to Choctaw to try your hand at the $1 million cash prize?