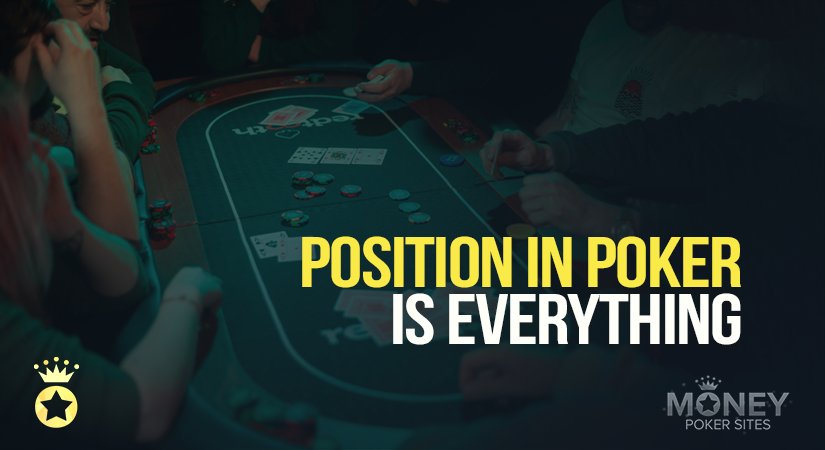 Female player Annette Obrestad won an online poker tournament in 2017 without looking at her cards.

The professional player proved that one of the most under-used tactics deployed by recreational poker players is the importance of how and when to take advantage of their position on the table.

Three of the most popular positions in a standard poker game are the dealer (button) and the small and big blinds.

However, many players do not know is that a whole host of other positions that make up a poker table, and all have their own pros and cons. First, let’s look at what these positions are.

See the below diagram for an example of how a table of eight players would look. Note, if there are more or fewer players, simply add or take away the ‘plus’ positions. The dealer and blind positions always remain the same unless heads up (two players only). In this case the player with the dealer’s button also posts the small blind, meaning the other player is required to act first.

The interesting thing about poker positions is that many players do not understand that their position should determine their actions, and those actions can vary depending on a player’s position.

Why Decisions Should Depend on Position

For example, let’s take 10, Jack-suited. This is a really nice hand and one you definitely want to see a flop with.

However, while it is a strong hand overall, its value increases and decreases depending on a player’s position. If you’re holding 10, Jack-suited UTG, you face a real challenge. Do you flat call, raise or fold? – Well, just because you’re the first to act pre-flop and there are still a lot of players ahead of you, it doesn’t necessarily mean you want to be folding. So let’s think about raising. How much do you raise?

Well, you know that you have a nice hand and one we feel comfortable seeing a flop with, but there is so much action that could unfold later at the table. Here is where the importance of poker positions comes in.

In order to get the best of both worlds and limit potential damage while also maximizing potential value, if you have 10, Jack-suited, and you’re UTG, it would probably be best to put in a small raise. This allows you to get a feel for whatever cards are out there, and if you find yourself being re-raised, or worst yet, 3-betted, you should be confident that your hand is already far behind. After all, if you think about it – a player that calls a raise should have an equally strong hand as the original raiser’s, but if a player re-raises, they should, in theory, have a stronger hand.

However, let’s say you have the same hand (10, Jack-suited), but you’re in the hijack or cut-off position. Your choices and decision-making should dramatically change based on the action that you have already seen unfold.

If the action ahead of you sees a player raise and another player re-raise (3-bet), then there is still a very good chance that your hand is behind. However, unlike the first scenario, where it cost you chips to find this information out, we have yet to put any chips into the pot, so our decision to fold has not damaged our stack.

However, if the players ahead of you have not raised, if they have simply called or folded, suddenly our 10, Jack-suited looks like a very strong hand. Therefore, our decision should be to raise the bet enough to remove the weaker hands from the action while also feeling confident enough to take the hand to the flop.

“So what are the best positions?” I hear you ask.

Well, as mentioned above – the later your position in a game of poker, the better off you are, at least pre-flop anyway, and I’ll explain why…

In poker, as you probably know, there are multiple rounds of betting; pre-flop, post-flop, the turn and the river.

In the table below, we will explain which player is required to act first and last (assuming they’re still in the hand) during each betting round.

As you can see, being the dealer is the best position to be with the UTG, and small blind positions are the most unfortunate due to their requirement to act first.

Obviously, every player at a table experiences all of these positions during a single orbit. Still, one of the biggest keys to victory is utilizing your more advantageous position and understanding why certain hands may increase or decrease depending on that position. In our example above, we used 10, Jack-suited, but the same thought process can be applied to any hand.

The big hands, such as pocket aces, pocket kings and pocket queens, generally play themselves regardless of a player’s position.

However, decisions on when to fold or raise all other hands, including the often-overplayed Ace, King, can be hugely helped once a player’s position is taken into consideration.

The two biggest questions a player must ask him or herself are:

However, if the answer to question 1 is ‘later’, but the answer to question 2 remains the same and a player has not yet raised ahead of you, suddenly your ‘average’ hand becomes stronger, or at least, your position allows you to represent a strong hand, so, in this instance, you may be best off raising and with a bit of luck, go on to win the hand and take down the pot.

The Best Poker Cards To Buy In [year]

What are Blinds in Poker?