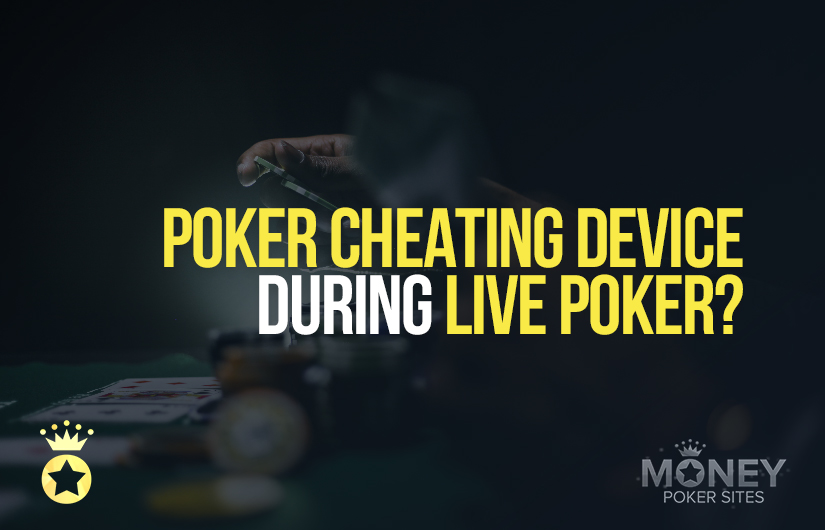 There’s been a big debate recently about the use of a poker cheating device, or so-called ‘hand assistance apps’ during actual live poker competitions. Namely, these are apps that can make millions of minute mathematical calculations about the hand you’re holding in poker. Not only, also about the statistical implications that will come into play. So, the player is not burdened with doing calculations during extremely tense high stakes games. The poker cheating device does this for the player.

The debate has exploded when poker player Jared Jaffee shared a photo of another poker player – Brock Wilson. He was using what seems to be a preflop analysis app during a live poker tournament. Actually Brock Wilson wasn’t playing a hand when they caught him using the app. So he didn’t break any rules.

The questionable practice of using poker cheating device during live poker caught the attention of poker players and fans around the world. The problem is, it takes away the previously prerequired skillset of making quick math and probability-related calculations in your head. So, we could said that it somewhat dumbs down the game of real money poker. Using hand assistance apps in live poker can give players unfair advantage over players that don’t use these apps. There’s no reason players to be penalized for not using hand assistance apps during live poker.

However, the use of preflop analysis apps does not mean that the player will get an unfair advantage during the post-flop part of the game. There are still loads of decisions that the players will make based on their knowledge. Also on their psychological makeup in a particular moment of time, so they could determine the best poker hands. So, it’s reasonable to believe that a poker cheating device won’t make a poker player unbeatable. This is a big concern when playing on the best poker sites on the internet, too, as there’s no way to adequately control whether a player uses hand assistance apps.

An argument could be made for the banning of use of hand assistance apps by players during live poker USA sessions. Players could proceed to use these apps in their spare time when they’re not sitting at a table where they play poker – and they can use them to grow their knowledge and make better, faster calculations when they play poker the next time. So, our opinion is that casino operators where poker players are playing should ban and forbid the use of hand assistance apps for players that are sitting at a table, playing poker. This will keep the competitive spirit in the game and prevent any incidence of cheating in poker.